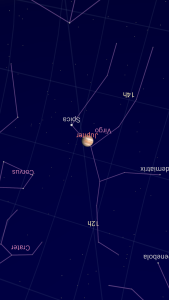 Many, many Christian television, YouTube channels and radio stations are breathlessly try to outdo each other in trumpeting the rapture implications of the ‘Great Sign’ we are about to see in the heavens.  I, too, have written about the Revelation 12:1-2 sign that will happen this weekend, though I clearly stated that it would not be what the masses want it to be.

Literally, a hundred or more prophesies demand that kol (all) Israel, i.e., both houses, be regathered to the Land.  There is some debate as to the time of this gathering relative to the coming of the Messiah, but certainly, there is no ‘catching away’ to some ethereal nether-region of saints.  That is good Christian fiction.

Anyone who wants to understand Yeshua’s words in Matthew 24:31 concerning the signs in the heavens and the angels sent to gather the elect MUST recognize that Yeshua cites Deuteronomy 30:4 with the direct reference (see the Hebrew) when he says, “…from one end of the sky to the other…”  The conditions for this gathering have not been met, yet!

YES!  The heavens are filled with signs, but the gathering will not happen until those who belong to the God of Abraham, Isaac and Jacob recognize their rebellion against His Torah, the path/way of righteousness, perfectly exampled in Yeshua.  (If it was good enough for Yeshua and the Apostles, then 1800 years of lawless Christian dogma ought not sway us from the way of the King!)  But, maybe the signs are there to wake us up to the fullness of time!

As I have previously stated, I believe that this sign portents a HUGE, even MONUMENTAL, shift in the relationship between the House of Judah and the House of Israel.  Most do not have the eyes to see it… yet, but it will become evident in the very near future.  Just as the sign at the coming of the Messiah in 2 BCE was seen by a few shepherds and some sages from the East, but unnoticed for decades by everyone else, this may have an equally missed point until hindsight clarifies the earth shaking awakening that will accelerate in the coming year or two.

To understand what is happening in the world today, study the massive Torah awakening happening throughout Christendom and then read the prophets!!  Prophecy is unfolding before us and it ALL points to the restoration of Israel, the mission of Yeshua.  Acts 1:6-7!!