It’s a dangerous business, Frodo, going out your door. You step onto the road, and if you don’t keep your feet, there’s no knowing where you might be swept off to.”

END_OF_DOCUMENT_TOKEN_TO_BE_REPLACED

Without question, the major battle right now in our culture is redefining gender roles. While this has been building for decades, we have arrived at the point that literally, everything gender related is being redefined. In one sense this is highly disturbing, but on another level it is not surprising at all. This complete flipping of the system is one of the final straws in the revelation that Western culture is a product of Greco-Roman paganism.

Most in the Hebrew roots movement already recognize and reject the pagan elements that have long been hidden within Christianity and have been sifted. But there is much more sifting to come, both for ourselves and our many brothers who are yet in the church system. We have not ‘arrived,’ rather we have simply answered the call in one area…. but, there is more if we are truly to submit ourselves to the whole counsel of God’s Word and seek the restoration of kol Israel.

END_OF_DOCUMENT_TOKEN_TO_BE_REPLACED 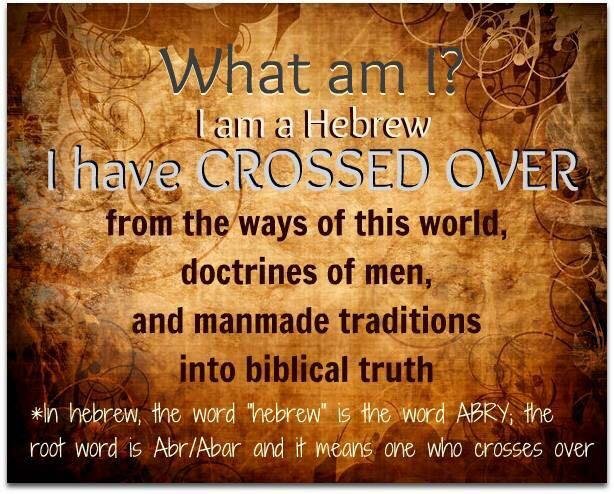 Good friend, Debbie Triesch, posted this on her MeWe feed this morning.

Have we really left the ways of the world, doctrines of men and manmade traditions in favor of Biblical truth? Most think so, but I’m not so sure…

Ephraim and Rimona Frank’s Torah study notes this week focused on the word   עקב ekev , meaning ‘because.’ The same word is used in Genesis 26:5…”because עקב Abraham kept…”  The same letters mean ‘heel’ and are the root of Ya’acov, meaning ‘heel grasper.’

Pondering how the ‘heel-because’ connection directly relates to ‘walk.’. 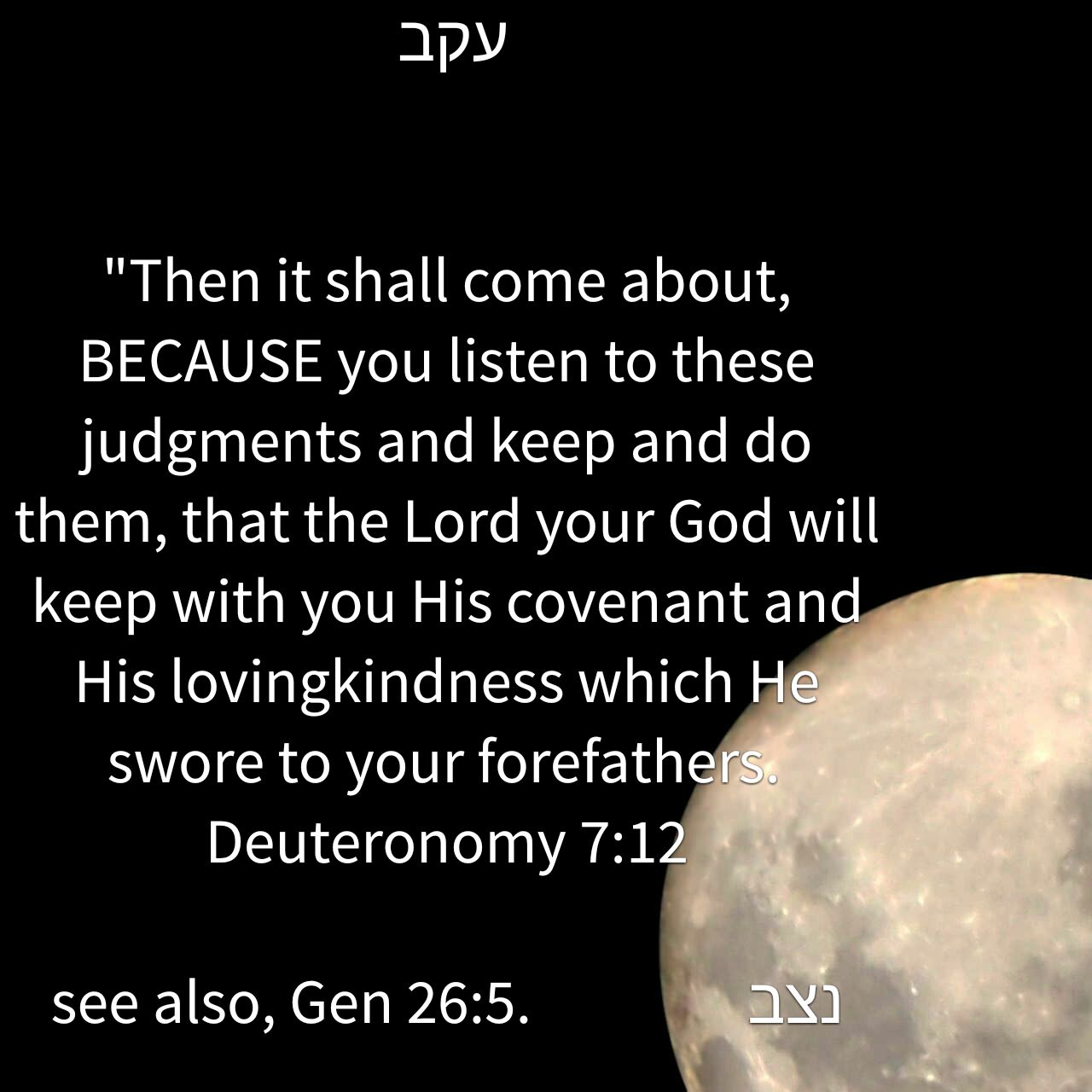 Over the course of the last 18 months or so, a topic I have explored from multiple angles is the visible presence of Yehovah in the Tanakh and the connections to the Messiah.  We’ve looked at ‘the Angel of the Lord,’ ‘the Memra,’ and the ‘Metatron.’ 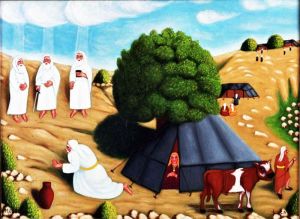 Recently, I was challenged on whether or not God can be seen.  And, while I agree that there are verses indicating His altogether set apartness, there also is the clear statement of Scripture, over and over, that God does indeed reveal Himself to His creation in a form that man can relate to.  Consider Genesis 18 in this week’s Parsha.  The text begins,

18 Adonai appeared to Avraham by the oaks of Mamre as he sat at the entrance to the tent during the heat of the day.

No explanation.  No apologetics.  No tap-dancing.  The text is starkly clear: Yehovah appeared to Avraham!!

But this isn’t the first time.  Just go look at Genesis 17:1!  No explanation there, either, but it is possible in the context of 17 to spiritualize the event as if it were a vision until one gets to verse 22.  The CJB says,

22 With that, God finished speaking with Avraham and went up from him.

The Schottenstein Edition Interlinear Chumash is a little more accurate when it translates,

And He finished speaking with him and God ascended from upon Abraham.

Still, no such explanation in Genesis 18.  Rather, we find that clearly, one of the three men is Yehovah!!  Read, END_OF_DOCUMENT_TOKEN_TO_BE_REPLACED

This morning was particularly foggy!  I’ve had several such mornings, but for whatever reason, today I felt much more vulnerable as I strained to see 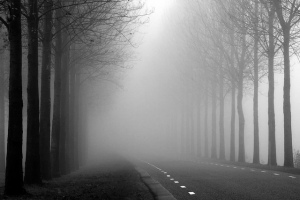 past the end of the hood.  I found myself wishing for a nice bus route through town with all the attendant street lights and fairly well marked intersections.

Out in the country, there are multiple turns that are hard enough in the reduced visibility of darkness, but with the pressing fog, I felt myself desiring a really long red-tipped cane or a seeing-eye dog to hang out of my window….  to no avail.

At one place on my route, I have a very dark hard left-hand turn that drops off on a single paved track between heavy trees and a massive stone sign.  What I would do for some light offering security as I drop into the grade and hold my breath waiting for the headlights to sweep and catch up, confirming the pavement that I know is there, but can’t see.  (Who is the knucklehead that put the kibosh on Tucker’s invention of headlights that follow the steering wheel??  Okay, so it wasn’t entirely Tucker’s idea, but that is another story..)

And, as I make the turn with some trepidation, I think of ‘faith.’ END_OF_DOCUMENT_TOKEN_TO_BE_REPLACED