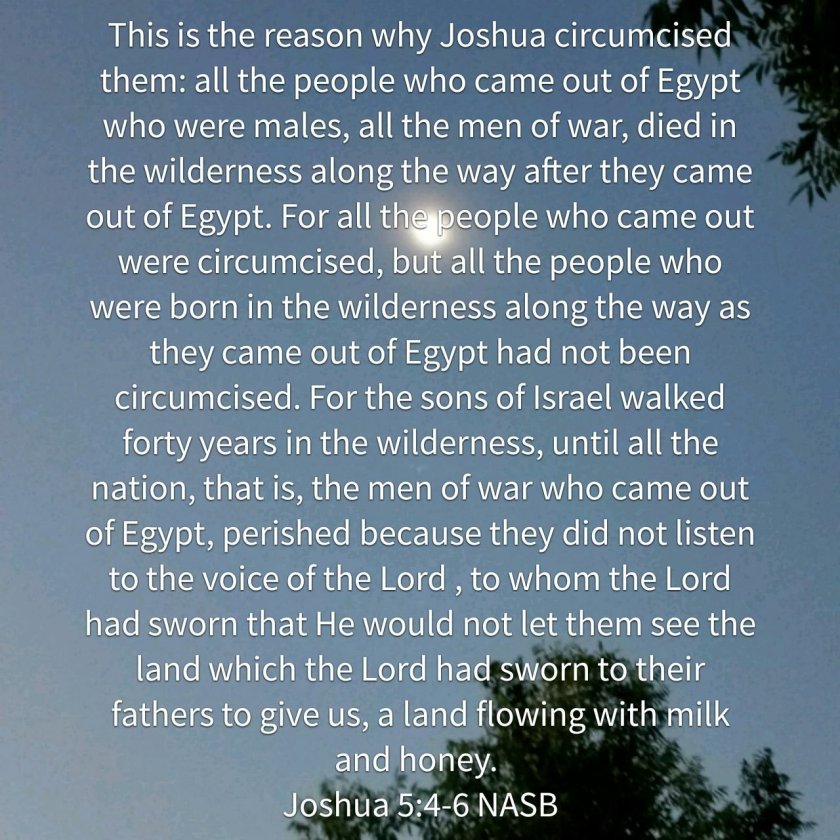 I have been rereading Joshua this week and seeing some interesting parallels.  Here’s one…

As hard as it is for us to imagine, Israel, all 13 tribes had the Torah and knew what was righteous, but still didn’t do it for 40 years of wilderness journey.  Kinda like the ‘church,’ led by another Joshua, who has had Torah for the last 50 Jubilees, but has refused to observe some/certain of the commandments.

Interesting that in Ezekiel we are told that it will not be until Abba brings us into the Land that He’ll sprinkle clean water on us and remove our filth.  Here, Joshua does similarly after they cross the Jordan into the Land.