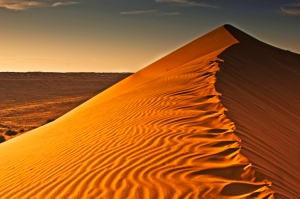 Fellow Heirs and already have dozens of margin notes and thoughts.  While some come directly from his writing, others  not necessarily related to his topic have been generated  by something he says.  This is one of those thoughts…

Now, before I lay this thought out there, I have to state clearly, I am NOT unfairly addressing the Rabbis.  I am an “equal opportunity offender” and have dressed down many Christian theologians, Reformers, translators and doctrines. So, in addressing something with the Rabbis, it is not personal, just the business of seeking truth!  Fair?

The Sages, following the destruction of the Temple, ruled that in lieu of the sacrifice an equivalent payment of money was required: “Our Rabbis taught: A proselyte in these days has to put aside a fourth [of a denar] for his sacrifice of birds.  Said R. Simeon: R. Johanan b. Zakkai held a vote on this rule and abolished it for fear of misuse.  Said R. Idi b. Gershom in the name of R. Adda son of Ahaba, The decision is according to R. Simeon.”   Once again, the fact that a Sage of the stature of Johanan B. Zakkai should seek to abolish the halachah because he saw it as potentially dangerous, should tell us that this requirement was also in some state of flux before the destruction of the Temple.  [Rabbinic quote footnoted from b. Keritot 9a in Fellow Heirs, by Tim Hegg]

Those two mentions of ‘abolish’ in regard to halachah hit me like a bolt of lightning!  Of course!  Halachah can change and is therefore decidedly unlike the everlasting unchanging Word of God.  It is man’s translation/understanding married with some form of application.

I defy anyone to show me where the written Torah of Moses has been abolished!  Yet, I would guess, fairly simple research into both Christendom and Judaism will quickly reveal a laundry list of changing doctrines and halachah.  This immediately begs the question:  “If the halachah can be abolished/changed/altered, can it possibly have any binding authority?”  That is not to say that all halachah is bad, simply that none of it can be given the weight of ‘Thus Sayeth the Lord’ unless it is a direct quote from Scripture.  Most halachah is, by definition, shifting sand, rather than the solid rock of Torah our Messiah warned us to stand on!  (cf. Matthew 7:21-29!!)

All that takes us back to the discusson of the ger and Israel at the foot of Mt. Sinai.  Can we really anachronistically apply the ideas of Second Temple Judaisms proselyte to the ‘ger?’   No.  Of course not!  When we do we redefine Scripture in the image of a changing halachah from 1000+ years later.  The Apostles were stripping the onion clean of layers of tradition, and were hated for it.  When the Messiah returns, He will do the same thing completing the job that He seems to be doing by His Spirit as many Jesus/Yeshua believing Gentiles are coming to the Torah.

We must lovingly, and by the Spirit, shed every layer of tradition proved to be false as we dig for the original intent of the Author at Mt. Sinai when He called a mixed multitude and the children of Israel into covenant.  Elsewhere, Hegg writes,

But foreigners were also part of the designation “children of Israel.”  The Exodus narrative is clear that a “mixed multitude went up” from Egypt (Exodus 12:38), a designation that envisions both native-born and foreigner together.  Yet the text never uses the term “mixed multitude” to designate the people whom God had redeemed: always “the children of Israel” or “Israel” are the object of God’s redemption from Egypt’s slavery: “And on that same day the Lord brought the sons of Israel out of the land of Egypt by their hosts” (Exodus 12:51).  (Ibid., 31)

Every one of us, Jew and Gentile alike, must be willing to re-evaluate the things we have been taught in the Light of the Word, and, when necessary, completely bypass teachings from the last 1700+ years to return to the root…  or, when necessary, bypass even more…  Go back to Moses without the filters!

Why the Adversary LOVES Monogamy…

The Voice of the Lord…