Food poisoning is not a pleasant experience. In fact, sometimes it can be quite serious leading to hospitalization or death. Nobody plans for it, rather it usually occurs because of some minute unnoticed contaminate in the food that negatively affects the body. Sources could be fecal, bacterial, parasitic, or even viral. We are familiar with names that strike fear, such as e. coli, salmonella, campylobacter, toxoplasmosis, rotavirus, etc.

But, what if the contaminate is visible? Would we remove it? Or, like a turd in the punch bowl, would we just dip around it assuming we can ignore or ‘dodge’ it?

Most who desire the coming of the Messiah, whether Jews, Christians or any shade in between (Messianic Judaism/Hebrew roots/Torah pursuant/etc) seem to prefer to dodge the obvious contaminant in the punch bowl. Let’s consider some challenging things.

END_OF_DOCUMENT_TOKEN_TO_BE_REPLACED

The knee jerk reaction from both Jews and Christians is a resounding, “NO!!!”  But, does Scripture bear this out, or are we willfully blind to a most difficult topic that we relegate to some ancient culture and time? 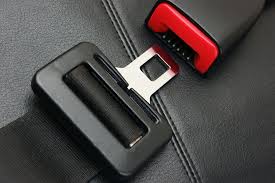 Buckle your seat belt and let’s examine Scripture without doctrinal or cultural filters.

Ezekiel 23 is a vile and gut wrenching chapter that few read with any pleasure.  Jerusalem and Samaria, capital cities of Judah and Israel respectively, are vividly described as sister brides, wed to God Himself, who commit adulterous acts.

23 The word of the Lord came to me again, saying, 2 “Son of man, there were two women, the daughters of one mother; 3 and they played the harlot in Egypt. They played the harlot in their youth; there their breasts were pressed and there their virgin bosom was handled. 4 Their names were Oholah the elder and Oholibah her sister. And they became Mine, and they bore sons and daughters. And as for their names, Samaria is Oholah and Jerusalem is Oholibah.

Begin by noting that while the language is metaphorical, God is making a very specific point.  This chapter begins with a bold and direct statement: two women, daughters of one mother became His and bore sons and daughters.  This is marriage language that is confirmed again multiple times through the text.  Oholah and Oholibah pursue other lovers and play the harlot to the anger, frustration and embarrassment of God the Husband. END_OF_DOCUMENT_TOKEN_TO_BE_REPLACED Yesterday was Shabbos Chanukah and if you check your Chumash or Torah reading cycle, you will find that the Haftarah was Zechariah 2:14 – 4:7.  Certainly, because one of the main topics in Zechariah 4:2-14 is the giant menorah, this can be connected to Chanukah, but if we dig a little deeper, this Haftarah connects all of Scripture!!

It is hard to know exactly where to begin pulling threads, so let’s just jump right in!

Last week’s Torah portion, Miketz, is part of my very favorite series of Portions, the Joseph Portions, about which I have written much.  With multiple levels of understanding hidden in the life of Joseph, it is no surprise to find considerable prophecy and allusion to the Two Houses of Israel from the interplay of Judah and Joseph.  While we will not delve into that in this post, I want to demonstrate from this Haftarah that the interplay was on display yesterday in every synagogue that read this, whether they recognized it or not.

Popular among Christians is trying to understand, or guess, who the two witnesses of Revelation 11 are.  Al McCarn and I, in Ten Parts in the King: The Prophesied Reconciliation of God’s Two Witnesses that is now being printed, spend chapters collecting and connecting data points not just from Scripture but also Rabbinic and historic sources demonstrating not only the veracity of the Two House position, but explaining and examining God’s intent.  One passage we touch on is this Zechariah passage.

Quoting from the soon to be released book, END_OF_DOCUMENT_TOKEN_TO_BE_REPLACED

I received a somewhat cryptic text yesterday morning from a dear friend and regular reader.

Bney thought on second exodus-last parsha in 6:26 says they left out in their ranks… not as a mish mosh…..  There was leadership in place.

The single criticism I have heard most often of B’ney Yosef is that it is not our job to become organized.  The Mashiach, according to general criticism, does everything.  We don’t need to do anything, we simply need to, in the words of another good friend, “decide what flavor ice cream we want.”

While I have long been convinced that the Messiah doesn’t magically snap his fingers and make everything better, I am increasingly understanding that the transition from this age to the Messianic age will require a considerable amount of sweat on our part and a willingness to work.  Hard.  And, that includes the hard work of humbling ourselves and coming together to walk in unity!  And, coming together requires organization.

Following is a terrific article by Ephraim and Rimona Frank about what this transition might look like.  END_OF_DOCUMENT_TOKEN_TO_BE_REPLACED

Over the last couple months, I have been in communication with OvadYah Avrihami of Kol ha Tor in Israel.  You will remember the advert from the Jerusalem Post that I wrote about titled Yosef Is Alive!!  The originator of that advert was Kol ha Tor (Voice of the Dove).

Long story short, Kellen Davison of Vancouver, BC and fellow Ephramite who longs for reunification of the divided and scattered family, partnered with OvadYah and an organization called Commonwealth of Yisrael was born.  Commonwealth of Yisrael’s purpose is to facilitate dialoge betwen Ephraim and Judah in a ‘safe’ environment while at the same time helping Kol ha Tor represent Ephraim to Judah.

In the coming days, I will share more, with at least one big announcement likely coming in the next month or so.  For now, here is a neat abbreviated history of the division and what we can begin doing about it.  Enjoy…

A theme that has been coming up over and over in recent reading and study is Ezekiel’s Dry Bones.  Last weekend in our study of Genesis 47:28- 50:26 we again ran into the Dry Bones.  (Long story…)

Christendom has been feeling some of the same call in a broad sense as exampled by this terrific Lauren Daigle song, ‘Come Alive.’  ….but, who are the Dry Bones?

37 The hand of the Lord was upon me, and He brought me out by the Spirit of the Lord and set me down in the middle of the valley; and it was full of bones. 2 He caused me to pass among them round about, and behold, there were very many on the surface of the valley; and lo, they were very dry. 3 He said to me, “Son of man, can these bones live?” And I answered, “O Lord God, You know.” 4 Again He said to me, “Prophesy over these bones and say to them, ‘O dry bones, hear the word of the Lord.’ 5 Thus says the Lord God to these bones, ‘Behold, I will cause breath to enter you that you may come to life. 6 I will put sinews on you, make flesh grow back on you, cover you with skin and put breath in you that you may come alive; and you will know that I am the Lord.’”