Lately I have felt so overwhelmed by a number of things that it has been hard to sit down and write.  There are a number of articles brewing, but distractions and rabbit trails have been an impediment.  Here is one item I’ve been pondering that is entirely incomplete, but I need to get it off my plate and would value some input/insight.

A phrase caught my eye about a year ago while doing some studying in Genesis, 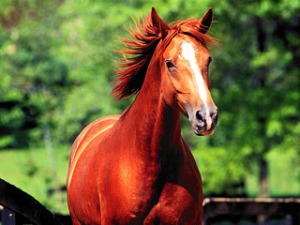 After these things the word of the Lord came to Abram in a vision, saying,

“Do not fear, Abram,
I am a shield to you;
[a]Your reward shall be very great.”

2 Abram said, “O Lord [b]God, what will You give me, since I [c]am childless, and the [d]heir of my house is Eliezer of Damascus?” 3 And Abram said, “[e]Since You have given no [f]offspring to me, [g]one born in my house is my heir.” 4 Then behold, the word of the Lord came to him, saying, “This man will not be your heir; but one who will come forth from your own [h]body, he shall be your heir.” 5 And He took him outside and said, “Now look toward the heavens, and count the stars, if you are able to count them.” And He said to him, “So shall your [i]descendants be.” 6 Then he believed in the Lord; and He reckoned it to him as righteousness.

I had always read that phrase to mean ‘God, the Lord, speaking…,’ yet in an instant it seemed to be personified as if ‘The Word of the Lord’ was doing the speaking.  As many of you know, we have delved a bit into that topic, from the perspective that we have multiple times and from various angles considered the Rabbinic uses of ‘Memra‘ as a title for the Messiah, a title John was not unfamiliar with.

In the beginning was the word….  (See link for article exploring John’s use of this phrase and thought processes.)

And he believed in the Lord, and had faith in the (Memra) Word of the Lord, and He reckoned it to him for righteousness (lizeku), because he parleyed not before him with words.

So, this week while exploring a few uses of ‘angel of the Lord’ (another topic we have explored extensively) in connection with Elijah (different post coming soon…), I somehow drifted over into Zechariah and was amazed at the number of times he uses the phrase ‘the word of the Lord came’ to me/saying/etc…   Even more interesting is that in the book we see multiple uses of ‘the angel of the Lord’ and ‘the angel who was speaking with me.’

To further complicate matters, it appears in multiple places that the terms I just expressed are used interchangeably of the same speaker that also on occasion seems to be ‘the Lord.’

7 On the twenty-fourth day of the eleventh month, which is the month Shebat, in the second year of Darius, the word of the Lord came to Zechariah the prophet, the son of Berechiah, the son of Iddo, as follows: 8 I saw at night, and behold, a man was riding on a red horse, and he was standing among the myrtle trees which were in the ravine, with red, sorrel and white horses behind him. 9 Then I said, “My lord, what are these?” And the angel who was speaking with me said to me, “I will show you what these are.” 10 And the man who was standing among the myrtle trees answered and said, “These are those whom the Lord has sent to [a]patrol the earth.” 11 So they answered the angel of the Lord who was standing among the myrtle trees and said, “We have [b]patrolled the earth, and behold, all the earth is [c]peaceful and quiet.”

So, let me get this straight:  A man is standing among the myrtle trees.  He is the angel of the Lord.

18 [f]Then I lifted up my eyes and looked, and behold, there were four horns. 19 So I said to the angel who was speaking with me, “What are these?” And he answered me, “These are the horns which have scattered Judah, Israel and Jerusalem.” 20 Then the Lord showed me four craftsmen. 21 I said, “What are these coming to do?” And he said, “These are the horns which have scattered Judah so that no man lifts up his head; but these craftsmen have come to terrify them, to throw down the horns of the nations who have lifted up their horns against the land of Judah in order to scatter it.”

‘The angel who was speaking with me’ appears to be ‘the Lord’ showing the four craftsmen.

Now, we have explored and proven multiple times that ‘the angel of the Lord’ is Yeshua, and here in this last passage, we see that ‘the Lord’ is the angel speaking with Zechariah.

Throughout the rest of the Book of Zechariah, there are more similar connections where he seems to use the phrases ‘angel of the Lord,’ ‘the angel who was speaking with me,’ and ‘word of the Lord’ almost interchangeably, which by itself is an interesting study.  But what was catching my eye, and the original purpose of this post is wondering if ‘the word of the Lord’ is speaking not of an event or sound, but of a Person as the Targumim uses that phrase.  Certainly, I think the case is strong enough to consider once we see the phrase set in parallel with ‘the angel of the Lord’ whom we have considered before as being a direct reference to Yeshua.

I would be interested in your thoughts and input.  Read Zechariah slowly and with a fresh eye.  Particularly the first six chapters and share your thoughts…  I have more thoughts, but want to continue to ponder and not influence your thoughts too much.