One cool aspect of REVIVE2014 was the Marketplace, open Friday and Sunday between sessions.

I just thought I’d give a quick list and a few thoughts with a post dedicated to one specific vendor..

I’m sure I’ll miss some, but here are the ones I can remember with a few thoughts on each…

Messianic Covenant Community had a large map and push pin board for connecting fellowships and people.  Besides purchasing a terrific book titled Hebrew Word Pictures, by Dr. Frank T. Seekins, I added a pin for our fellowship.  Their website has a state by state breakdown of fellowships that they are aware of and feel comfortable promoting.

Wisdom In Torah Ministries was there with Rico Cortes occasionally at the table, though he seemed pulled a 100 different directions.  His family as well as Ryan White were the primary faces.  They had tons of dvd and cd offerings.

WildBranch Ministry was manned by Brad Scott and Co.  They, too, had a pile of dvds and cd teachings.  I failed to pick up a copy of his new, very reasonably priced Basar Echad.  I think he sold out first day!! END_OF_DOCUMENT_TOKEN_TO_BE_REPLACED

My head is so full already, but the buffet is still set for a couple more days, so we’ll continue to absorb as much as possible!

Previously, I linked the schedule of speakers and events while trying to decide who/what to see. Tough decisions. For starters, I chose Dr. Hollisa Alewine’s The Four Horsemen and the Beast was just fascinating in all the connections she made to Genesis and Torah. In two hours she completely reframed my perspective of much of Revelation, a thought process I plan to pursue. Just incredible!!

After her class, Kelly and I went to the Marketplace where about 25 or so vendors had displays. Lots of great stuff!! I’ll post links and names later when I have time.

In the early afternoon I heard Victor Schlatter speak on How Saved in the Jew? I look forward to reading and reviewing several of his books on various topics. His talk confirmed some of what I have been thinking regarding the Jew in the salvation plan. Frankly, his talk was a little scattered and more anecdotal than Scripture based, but what he had to say has encouraged me to pursue the topic further on my own. END_OF_DOCUMENT_TOKEN_TO_BE_REPLACED

The annual Revive conference is next weekend.  This will be the first I have been able to attend…  Can’t wait!!

If any of my friends on here are planning to attend, please hunt me down.  Would love to meet and talk!!  My wife and I will be staying in the host hotel!!

If you haven’t made plans, there is still time!  Here is the schedule for the weekend and other details!!

Recently, a friend in our fellowship loaned me a neat documentary titled, Unlocking the Mystery of Life.  The premise is a conversation with leading scientists who, as adherents to the Theory of Evolution, began to find alternate truth in their research.  Each relates parts of their journey from ‘evolutionist’ to a belief they collectively refer to as ‘intelligent design.’ 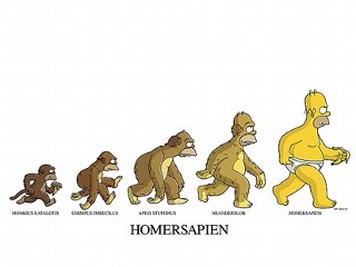 The information presented in the video, as well as the excellent animation of molecular structures, etc, is fascinating, both as a general overview of the strong case for intelligent design and as an example of how new/deeper understanding can lead to a paradigm shift. Through the documentary we meet established, published and well respected scientists, some the world leaders in their field, who came to a point when they realized that the evidence they were seeing did not fit the evolutionary paradigm they were inculcated/indoctrinated with.  They had a choice… END_OF_DOCUMENT_TOKEN_TO_BE_REPLACED