I have recently begun reading a small book titled Joseph is Alive by B. Michael Blaine.  Published in 1995, I am very surprised that I had not heard of it until Dorothy Wilson mentioned it on a recent visit.

As I read yesterday morning the author made a statement that shocked me and piqued my curiosity.  He said,

Bethlehem, a village in the hill country of Judah, was given to Ephraim, a northern tribe, for a possession. (pg.22)

I dropped my book and grabbed my Bible, but didn’t see anything obvious.  Thinking, “how did I miss that,” I continued reading as Blaine began to assemble a compelling case that indeed, Bethlehem, or part of it, belongs to Ephraim!!  END_OF_DOCUMENT_TOKEN_TO_BE_REPLACED

8 Now a new king arose over Egypt, who did not know Joseph.

An amazing phenomenon that has occurred over 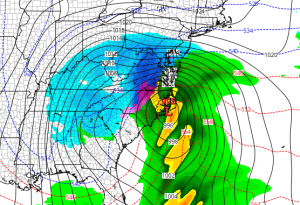 the last 30 years in the US is that the top five or seven most expensive natural disasters have come very closely on the heels of the President or senior officials making damaging statements or taking damaging actions against Israel.

In the last 24 hours news has broken that Obama and Co. have signaled support of BDS and are very negative about Jewish products that come from the Golan, Samaria and other parts of the misnamed ‘West Bank.’  Essentially, the US and the EU seem to be working in concert to squeeze Israel economically.  Yet, they forget,

And I will bless those who bless you,
And the one who curses you I will curse.

I heard of the coming storm Jonas within the same hour I heard that Obama and his administration had signaled an agressive stance against Israel and I immediately asked, ‘is the epicenter of the storm going to be DC?’  A friend started searching weather sites and confirmed my suspicion.

Well, I’m not a prophet and do not claim to know what will happen, but END_OF_DOCUMENT_TOKEN_TO_BE_REPLACED

Weekend Adventure in the Mountians!!

Why Poly? Why Now?