Yesterday, we began a short series considering some verses from the ‘Christmas’ story that challenge the traditional theological narrative of Christendom.  As I implied yesterday, these verses should pique our interest in a search for truth.  I don’t know about you, but I don’t care what men say, I want to see what Scripture says….

When someone talks about the Millennial Kingdom or the future eternal Kingdom, what comes to mind?  Whose Kingdom is it?  Who rules over it?  Who was it promised to?  Who 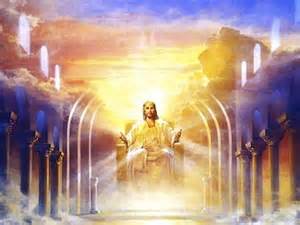 actually gets it?  Etc….  At the end of the Book of Revelation, what does the Kingdom look like and who is in it?

Scripture gives a very unified story that often does not match the narrative I was taught growing up.  At least, the focus I heard in church was quite different than what Scripture says.

A beloved part of the ‘Christmas’ story is the angel’s visit to Mary.  Here is part of the encounter and a difficult verse.

Luke 1:31 And behold, you will conceive in your womb and bear a son, and you shall name Him Jesus (Hebrew = Yeshua). 32 He will be great and will be called the Son of the Most High; and the Lord God will give Him the throne of His father David; 33 and He will reign over the house of Jacob forever, and His kingdom will have no end.”

Here, the messenger Gabriel affirms multiple prophecies that seem to get lost in the Christian perspectives of this promised Kingdom.  This Son of the Most High will,

What surprises many when they dig into these verses is that they lead directly to Ezekiel 37, a chapter most are at least partly familiar with.  The first part of the chapter is Ezekiel’s vision of dry bones that leads to the mid part of the chapter on the two stick prophecy followed by a detailed account of this Kingdom the Messiah will rule over.  Those shocking closing verses say, END_OF_DOCUMENT_TOKEN_TO_BE_REPLACED