Our conversation took an interesting turn!  Normally, my brief conversations with the teacher that works on the hall my office is on (I’m a school bus driver/trainer) are based on college sports or politics, but a few days ago it 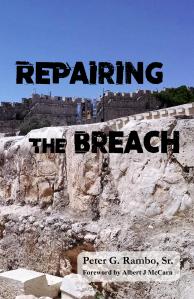 somehow quickly turned to tensions with North Korea and his concerns.  He was interested in my thoughts and I offered that I had recently both read and written a few articles on the Jewish sages and a couple prophecies that may point to the rogue state as causing the Gog-Magog war.

As if the conversation couldn’t turn faster, within about three sentences we were talking about Scripture and the feasts of the Lord.  He mentioned an interest but didn’t know where to start reading to understand more.  Long story short, I gave him the three minute sketch of my background as an ordained pastor, our journey to Torah and the blessings of understanding Scripture from the perspective of the authors!!  I mentioned my book, Repairing the Breach, in passing, offering a copy if he was interested.

His immediate response was an enthusiastic, “Yes!”

Well, the only copies I had were in my car, so as we parted I let him know I’d get it for him the next time I went out to the lot.

Not five minutes later, he pops back into my office and says, “I’m serious.  I want to read that book!” END_OF_DOCUMENT_TOKEN_TO_BE_REPLACED

A couple days ago I posted a quick blog about the interesting development that North Korea may have been prophesied as an endtimes player.  Then, imagine my surprise when this morning I wake and find a Jerusalem Post 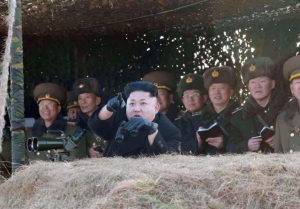 Ironic (or, not) that Pyongyang was once known as the Jerusalem of the East!

Watching this carefully as it unfolds….

Breaking Israel News also has a related article up.

Is the Bible ‘hopelessly patriarchal?’